As utility prices rise, many homeowners are starting to turn towards renewable energy as a way to reduce their utility costs. Request InformationSchedule Service

As time goes on, more and more Canadian homeowners have begun to feel financial pressure as a result of rising bills and expenses. One of the most unpredictable factors that contribute to rising expenses is home and utility bills. The cost of electrical power has increased over the years, and as a result many homeowners have started to turn to renewable energy, namely solar power, as a viable alternative. Solar power is a renewable source of energy which allows one to reduce carbon emissions by 5-10 times the amount compared to fossil fuel sources.

Solar power provides a lot of benefits, with one large benefit being a decreased reliance on the electrical grid. If there is a solar-coupled home battery in the house, homeowners can replace their electrical consumption during the day with solar power, and then store any excess energy generated in the home battery which can be discharged at nighttime. Using excess solar power at night is financially beneficial for homeowners, since utility companies usually charge higher rates for nighttime usage. In addition, excess solar power can be sold back to the grid for a discount or credit towards future electricity bills, which is an additional source of profit for homeowners.

When selling a house with solar panels installed, many homeowners have reported that their house has sold quicker, and their property value has increased by 3-4%. The increase in property value can mean thousands of dollars in profit, which can offset the cost of installation for solar panels.

The cost of installing a solar power system will depend on the layout and size of your home, and the system’s capacity in watts. In Ontario, the average cost of installing a solar power system is approximately $2.46 per watt. If you’re thinking about installing solar panels in your home today, don’t hesitate to contact MADE ELECTRIC for more information! Our team operates within Brampton and the GTA, and we are committed to helping meet all of your needs. 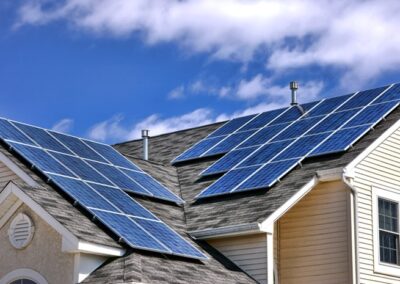 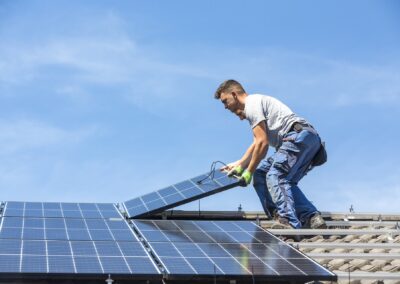 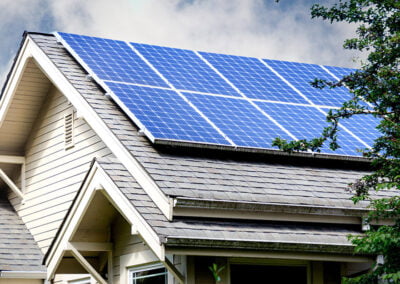 What happens to the excess solar power produced by my panels?

Will my solar panels still work when it snows?

Solar panels need direct access to sunlight to work, so if the panels are covered in snow they will not be able to function properly and produce electricity. The snow is not heavy enough to damage your solar panels, however if the snow accumulates it can be cleaned off the panels easily. In addition, most panels are tilted since they are installed on roofs, so snow accumulation is uncommon and the panels will rarely need to be manually cleaned.

What size solar energy system should I get?

The size of your solar power system will depend on many factors, including but not limited to the size of your home, the weather and climate conditions in your city, and the typical electrical usage in the home. A licensed electrical contractor can help you determine what size solar energy system you should get, and help you figure out the best layout to best suit your home’s needs.