Older homes typically use the “knob and tube” wiring method or aluminum wiring, which are outdated and can be unsafe. We can assess your home for safety and replace old wiring with safer systems. Request InformationSchedule Service

With how quickly technology is advancing these days, it’s more important than ever that your electrical distribution equipment is able to keep up with the increasing demand for electricity. The kind of wiring that your home has can depend on its age and the last time that upgrades or renovations were done. For older wiring systems like knob and tube or aluminum wiring, it’s best sooner rather than later to replace your old, unsafe wiring.

There are many reasons that outdated wiring is considered less than ideal, but the main reason homeowners get their wiring upgraded is due to the safety risk that older wiring poses. Incompatibility (such as high electrical loads and wiring not optimized to handle it) can cause significant strain on an electrical system. This can cause damage and increase the chances of an electrical fire starting. In Ontario alone, hundreds of house fires per year are caused by insufficient or faulty electrical distribution equipment, resulting in residential structural loss.

Knob and tube wiring is a wiring method popularized in the early 20th century that emphasized an open-wiring system. It was permitted in some jurisdictions as late as the 1970s and is still present in many older homes, especially those built before the 1950s. Now considered outdated, knob and tube wiring presents many safety issues and if kept, can be a significant barrier in insuring and selling/buying your home. This kind of wiring is usually found in basements or attics and has the distinct appearance of tubes running through white ceramic knobs. Although they can be found running through ceiling joists, it’s also not uncommon for them to have been hidden behind the walls by previous homeowners.

Aluminum wiring came after with widespread use between the 1960s to 1970s. Used during a time when copper prices were still relatively expensive, aluminum was popular for its lightweight properties. Although both knob & tube and aluminum wiring are not necessarily considered to be illegal, these systems are not optimized to handle heavier loads of electricity. The materials they are made out of have also deemed them safety risks, which is why many opt for replacing them.

Contact MADE ELECTRIC for more information on replacing old, unsafe wiring! We operate within the GTA to assess the safety of your home and ensure that it’s operating with the safest possible wiring system. 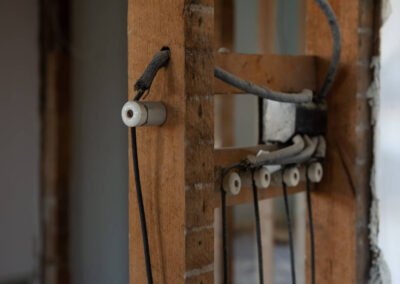 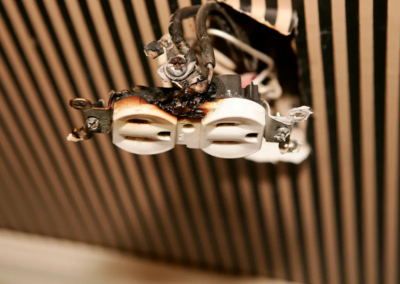 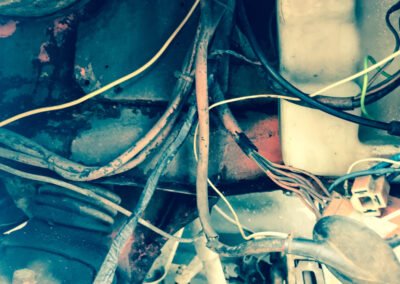 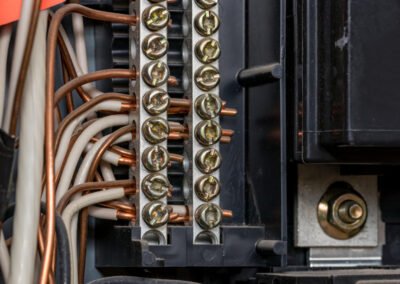 What can knob and tube or aluminum wiring be upgraded to?

Nowadays, most newer homes are being wired with copper. Copper wiring is also the first choice of electrical experts for replacement wiring. Since its price has come down significantly from the 70s, copper is now regarded as one of the most cost-effective ways to reduce wiring expenses. Allowing for smaller conductors to transit larger electrical loads, copper has a much higher tensile strength compared to aluminum, making it a viable option for increasing demands for electricity.

Can I upgrade old wiring myself?

Wiring is often seen as a simple and accessible system — however, electrical changes (especially to wiring) can require a lot of specialized knowledge. The rigorous requirements of becoming an electrician demonstrate this, so it’s not recommended to take on such a large task on your own. Faulty wiring is one of the top causes of house fires, with homeowners insurance often being voided for negligence. Not only can hiring a professional prevent this, but it is also beneficial for convenience purposes, allowing you peace of mind and assurance that the job will be done right the first time.

What happens to knob & tube and aluminum wiring as it ages out?

Knob and tube wiring is wrapped in a rubberized cloth, which can crack and flake off over time. This leaves the wires exposed to the elements, making it a shock and fire hazard. There is also the risk of it overheating if hidden behind the walls. Aluminum wiring is recommended to be inspected every 3-5 years by the ESA since due to its softness, it has a tendency of becoming undone. The maintenance and inspection costs often outweigh the benefits, which is why most homeowners prefer to replace it.